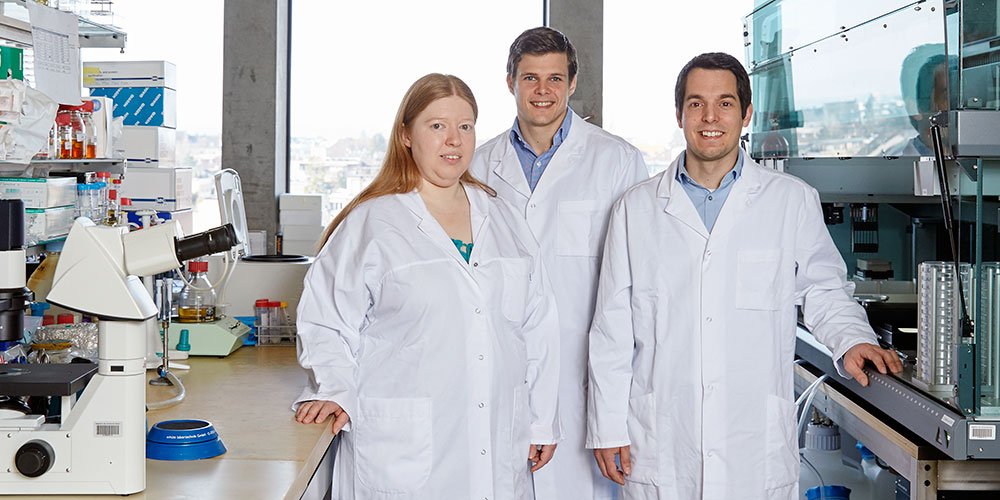 T3 Pharmaceuticals is among the winners of this year’s W.A. de Vigier Award. The spin-off from the University of Basel is developing a targeted cancer therapy using bacteria.

T3 Pharmaceuticals is among the ten winners of this year’s W.A. de Vigier Award. The Basel startup impressed the jury with its targeted cancer therapy. T3 Pharmaceuticals employ living bacteria that have the capacity to specifically find and grow in solid tumors, where the bacteria serve as efficient factories for therapeutically active proteins. The startup was founded in 2015 out of a research project at the Biozentrum of the University of Basel. T3 Pharmaceuticals is a portfolio company of BaseLaunch.

With annual prize money of 500,000 Swiss francs, the W.A. de Vigier promotional award is the oldest and most financially significant award for startups in Switzerland. To mark its 30th anniversary, the W.A. de Vigier Foundation selected twice as many startups to win the award this year. What’s more, 60 startups were able to pitch to the jury rather than the usual 16. This year’s prize money also increased to 750,000 francs overall, with some of the funds being contributed by former award winners.

“I am particularly pleased that former winners contributed to this year’s prize money. I hope that in the future our alumni will increasingly partner up with each other to help established companies remain innovative and pave the way for young startups to enter the market,” said Regula Buob, Managing Director of the W.A. de Vigier Foundation. This is all in the spirit of the founding father Bill de Vigier.